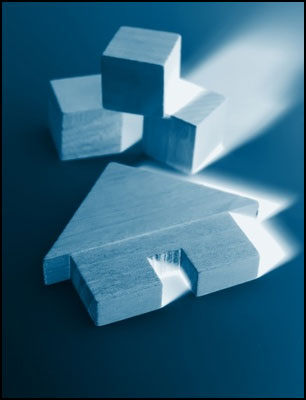 Defeasance of a securitized commercial mortgage is a process in commercial real estate finance by which a borrower substitutes other income-producing collateral for a piece of real property to facilitate the removal (defeat) of an existing lien (entailment of the property) without paying-off (through a transfer of liquid assets) of the existing note. Generally, a basket of United States treasury obligations is the only collateral “acceptable” for this type of substitution – although some securitized loan documents do allow for the use of agency securities that are less costly. The original note remains in place after a defeasance, but it is collateralized and serviced by the substituted securities instead of the real estate. These securities can be held by either the original borrower or by a “successor borrower” entity which uses the income from/disposition of the securities to make the monthly debt service payments and balloon payment on the mortgage being defeased. The premium a borrower pays to defease (what some refer to incorrectly as a “penalty”) is the total cost of purchasing the securities less the outstanding balance on the loan. Payments to Commercial mortgage-backed security bondholders are not disrupted, and the borrower can sell or place a new first lien on the property. Unlike yield maintenance, defeasance is neither a type of prepayment nor a prepayment penalty.

This type of defeasance is a relatively new methodology. Looking back to the mid-1990s, it was unheard of to defease a securitized commercial mortgage. Securitized lenders (colloquially known as “conduits”) focused primarily on the securitization of residential mortgages, while commercial mortgage debt was still the bastion of large life insurance companies and commercial banks. But times quickly changed, and at the end of 1996, there was an explosion in the demand for call-protected bonds backed by commercial real estate. This demand helped make conduit mortgage pricing on commercial mortgages more competitive than ever, and in 1997, almost $45 billion in Commercial Mortgage Backed Securities (CMBS) were issued, followed by $80 billion in 1998. While this drastic upward swing was somewhat of an anomaly, it illustrated the quantity of bargain priced “conduit money” that became available in the industry to finance commercial real estate. With that shift came a change in borrower’s attitudes toward conduits, when commercial property owners realized that securitization allowed risk to be allocated more efficiently (translating into lower costs of capital for borrowers). This trend has persisted in the industry. In 2004, roughly 40% of commercial real estate debt issuance (around $91 billion) was financed through the issuance of CMBS. Typically borrowers will hire a defeasance consultant to assist with the defeasance process.